Mahler in the snow 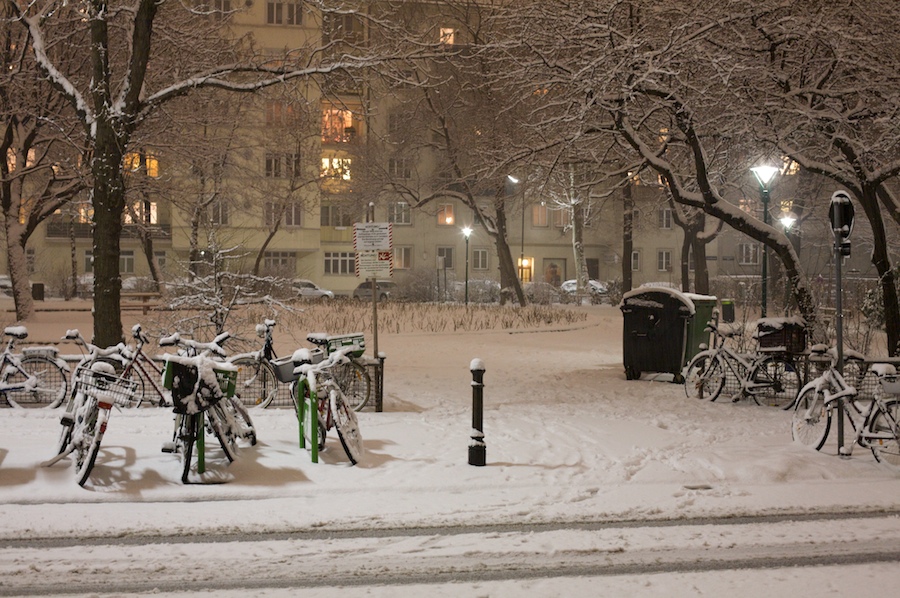 The first snowfall that laid on Vienna on 2003 was a complete surprise, at two in the morning on a day that had not been particularly cold. I was walking at that hour, like other nights, wandering around the halls of my house, looking for my slippers, listening to the radio that reached me through the Telekabel service and wasting my time in doing nothing.

The horizon that could be seen from my balcony was a misty, stony extension that I spent my time observing whenever I went to have a coffee and let my ideas fall down the banisters, always holding them with wire so that they do not smash against the ground if the day was dense.

Late at night, a silent snowfall began and changed the city in just a few minutes. I dressed up quickly and rushed for a walk through what looked like an abandoned place, without cars, people, cyclists, just a solid absence that left me as the sole author of the map that carried my footsteps on that fantastic canvas.

The encounters in life have much to do with the silent storms. In the beginning is easy to distinguish the first footsteps, trace the route of glances, and display a conversation map and visits that enable us to be crystalline historians of those fragments of time. It is then when events are superimposed, as in a laundry basket with socks that never end to mate, even if they are pursued by one another. And this is the way my encounters with Mahler have elapsed.

I know there is one afternoon, sitting far back in time, where I was an inexperienced student, I opened one of his scores trying to keep up with the music playing on a record and getting lost as in a star chart of another universe, with notes that I escaped, timbales that did not appear, so evanescent tempo changes that made me go from one side to another as if I had had my mobile phone hidden under the sofa.

However, there were many more encounters, which, at the time, I did not give too much importance to. I saw him from afar in the film “Death in Venice” resting my legs over the front seat of the cinema and while Mahler melted on the adagio of his Fifth symphony.  I met him in the subway with one of those devices that are placed into the ears, listening to his music mixed with the roar of the wagons and the anonymous rush  of people, and above all, I saw him shine in the face of one of the professors at the Hochschule in Vienna the night he invited us for dinner and we were greeted at home with the television on while Thomas Hampson sang the “Lieder eines fahrenden Gesellen”. The face of this woman would have been a good model for painters who sought for religious joy that the appearance of the archangels dropped on the announced.

There were more times when we met. The last one was listening to the voice of a radio commentator who read the letters to Alma Mahler, while I was driving at night. His voice had an intimate tone, as a bonfire, it crumbled the small daily miseries that a couple lives, like any other, searching for something that looked like a botanical garden. The last letter shows his death and although it tells that his last words were to name Mozart, I would imagine him calling his mother, or immersed in a fog without words, or muttering for a friend, a toy or a girlfriend.

The last time we met was when I sang his “Lieder eines fahrenden Gesellen” and I was wondering around my living room when studying it, without getting tired of saying nothing, to see if I finished saying everything.

Occupy the place where you are supposed to start singing, witness how the welcome applauses fade out like a candle, observe how the arms of the director elevate as a cloud and the flight musicians start before throwing themselves to the storm, tastes like a heavy snowfall in the city of Vienna in one night in 2003. The rest are just footprints.