There are few topics as complex as the relations between poetry in general among all kinds of text-and music that can be viewed from many different prisms. From a contemporary creator who denies that the word can influence the sound made-and therefore makes it an interchangeable game where only the phonic sound of the voice matters- to the legislator, a few centuries ago, of the Council of Trento, who, in contrast, insists on its unique value within the musical and calls on the composers to enhance it -with an educational purpose- the arc of options is wide and varied. Topic therefore exciting, but that has not scared off a group of Spanish composers today, who, covering at least a couple of different generations, have dared to put music on, each of them, two or three poems of their choice to create an arc of songs as disparate as curious, just as representative of the current Spanish creation and that is worthy of being heard. The interpreters, Jorge Robaina, piano and Alfredo Garcia, baritone, have not been strangers to this task, and they’ve been the real architects of the project. They have performed the world premiere of songs by Álvaro Guijarro, Consuelo Díez (who dedicated the version to Alfredo Garcia), Javier Jacinto Fernandez Gabriel Alvez, and Tomas Marco (who, in the baritone version, also dedicated it to the singer of this recital in 2006). 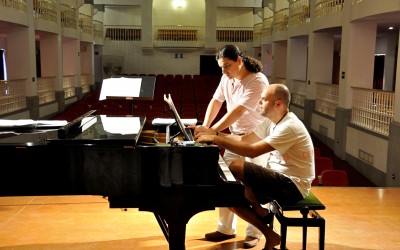 Recital in the Festival Meloritmos

END_OF_DOCUMENT_TOKEN_TO_BE_REPLACED

Recital on the CD “Ten authors with ten works”

END_OF_DOCUMENT_TOKEN_TO_BE_REPLACED 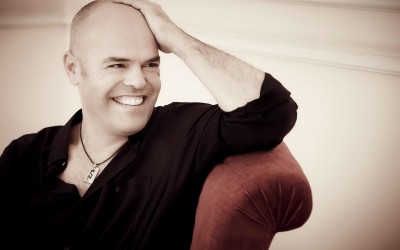