With Carlos de Matesanz during the program

Radio Clásica program “Viaje a Ítaca” r includes in its edition on January 7 2016, a long interview with baritone Alfredo Garcia, conducted by journalist and music critic Carlos Matesanz, director of the program. The interview comes on the occasion of the staging, by the Teatro Real and Teatros del Canal, of the opera by Tomás Marco “El Caballero de la Triste Figura”, in which the baritone breathes life into the character of Don Quixote. In the one-hour duration, a broad review of his career is done.

In addition to the views and opinions expressed during the interview about music, voice and other related arts, several fragments of I. Albéniz, LV Beethoven, Ana Lara, and Tomas Marco, which Alfredo Garcia has played throughout his career, could be heard.

It is not the first time Alfredo Garcia attends Radio Clásica studios, he had previously participated in the “La Dársena” led by Jesus Trujillo and “Constelación Boulez” by Alicia Perris. 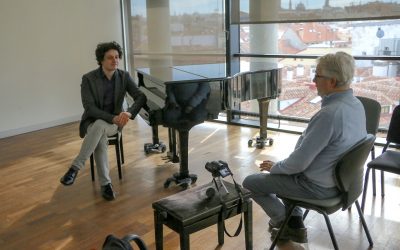 Within an informal atmosphere, Francisco García Rosado, director of Opera World, interviewed Alfredo Garcia, relaxed and convivial conversation which ended with a review of recent art projects and all new projects on the horizon.

END_OF_DOCUMENT_TOKEN_TO_BE_REPLACED 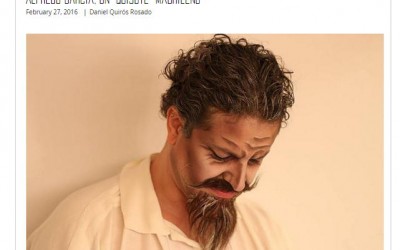 Interview with Alfredo García in the magazine Música Autónoma

This time we have the pleasure of talking with baritone Alfredo Garcia, a singer so tied to the musical figure of Don Quixote that at times we really get confused who is who. Despite having started his academic musical training late, aged 14, he has conquered several prestigious concert halls such as the Wiener Kammeroper, Royal Theater, Lincoln Center or the National Auditorium in Madrid.

END_OF_DOCUMENT_TOKEN_TO_BE_REPLACED

The cultural supplement Aladar and writer Gabriel Ramírez Lozano dedicate a cover and an interview to baritone Alfredo Garcia on the occasion of the staging, by the Teatro Real and the Teatros del Canal, of the opera “El Caballero de la Triste Figura” by Tomás Marco.