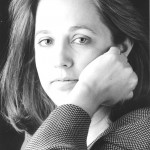 “In 1914, Manuel de Falla (1876-1946) had spent seven years in Paris, and had not only learned a lot and had been linked with French musicians whom he admired, but even he was already someone important in that city which, for him and many others was the European capital of music.

It was then when he composed “7 Popular Spanish Songs” that, back in Spain, Falla premiered at the Teatro de la Zarzuela in Madrid on January 14, 1915, from the piano, to accompany the soprano Luisa Vela.

It is a masterpiece, probably unsurpassed, of a clear insight into the essential keys of the essential melodic, harmonic and rhythmic processes of folk songs to revert it with personal creative accents of extraordinary refinement.

The extreme brevity is given here with external characters of simplicity, ease; they are not other thing but symptoms of his absolute compositional maturity. The different songs come one after the other without hiding their popular origin (they are located in the best Songbooks Spanish folk themes in which Falla had supported), but proclaiming, at the same time, the strong musical personality of the Andalusian master”.