The best, the Pasquariello of Alfredo Garcia, Leporello in one piece, by nerve, duplicity and cunning, and finally here, a strong voice

The best voices were undoubtedly those of Garcia, imposing great actor and voice …

An introduction to Don Giovanni by Gazzaniga 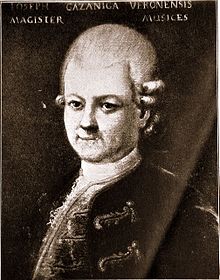 Among the few biographical details we know about this composer, we can note that between 1761 and 1770 he studied under Nicola Porpora at Venice and later in Naples, where he was a disciple of the famed composer Niccolo Piccinni, Gluck’s antithesis.

Gazzaniga premiered his first opera in Naples in 1768. In that year he wrote the first of his 18 operas for Venice, where he lived until 1791. There too he was appointed maestro di cappella of the Cathedral of Crema, and until his death in 1818 mainly composed church music.

Gazzaniga wrote over 44 operas between 1768 and 1807, including a ‘dramma giocoso’,Il Don Giovanni o sia el convitato di pietra, one-act, that premiered at the Teatro di San Moisè Giustiniani of Venice, on 5 February 1787, approximately eight months before Mozart’s Don Giovanni. Don Giovanni was the most important success of Giuseppe Gazzaniga.

Bertati Giovanni was one of the most prolific and celebrated librettist of his time. He was born in 1735 and, until 1791, he lived mostly in Venice, where he wrote works for theatre, especially for the Teatro Giustiniani di San Moisè. In 1791 he succeeded da Ponte as the author of the court in Vienna, where, along with Domenico Cimarosa, earned his greatest success in 1792 with Il matrimonio segreto. Later Bertati returned to Venice, where he died in 1815.

In Don Giovanni, the Bertati libretto follows the basic outline of the action developed by Tirso de Molina, but much more concise. For example, Donna Anna makes its appearance only at the beginning of the action-at the first performance, the singer left the stage quickly to slip into the costume of the peasant Maturina- and the role her boyfriend, called Biagio by Bertati, was limited in length and in importance due to the fact that the singer had to become the Commander.

However, we can not miss anything essential, at least in regard to events: in the dark of night, the attempts of Don Giovanni to approach Donna Anna are thwarted by her father, and Commendatore dies in a duel. Donna Anna and her fiancé, the Duke Ottavio, swear vengeance, and Anna was detained in a convent until the revenge arrives.

In their search for other adventures, Don Giovanni encounters a spurned lover, Donna Elvira, whom he left with his servant, Pasquariello, for the fun of it. He shows the outraged lady a catalogue of their conquests. Meanwhile, Don Giovanni swears allegiance to another woman, Donna Ximena, to, then, return to the bride, Maturina, having chased her fiancé, Biagio, with blows and threats.

When Elvira intervenes, both women fall in love with him. The duet between two women, each convinced of being the only beloved, is one of the highlights of the work. The next scene takes place in the mausoleum of the Commander, whose statue comes to life and accepts the insolent invitation to dinner. Don Giovanni does not allow entry to Donna Elvira, who begs him to change his lifestyle, to distract him from the pleasures of the table.

He sings with Pasquariello praising the pleasures of life and the beauties of Venice. The statue of the Commendatore puts an end to the brazen activities of Don Giovanni and drags him to hell. Pasquariello and cook Lanterna relate the destruction of Don Giovanni to the Duke Ottavio and Elvira, Ximena and Maturina: all united in a final song.

Interestingly, the Bertati booklet, plus the brilliance in construction, is a precedent to offer a deeper psychological research of the characters. Bertati took Lorenzo da Ponte’s libretto as a model, and what distinguishes it from other artisans of the libretto is the definition of the characters of Don Giovanni, particularly of the female characters-Anna, Elvira and Zerlina-, offering Mozart for the first time, the possibility of creating one of the finest works of musical theatre, starting with secondary characters.

Giuseppe Gazzaniga’s music is classified today in the area of opera buffa. Gazzaniga is a master at his art like no other in the eighteenth century, knows how to build scenes, characterize the characters, and effectively achieves the musical effect. In many scenes it can be compared to the Don Juan de Mozart: striking parallelism, for example, in the introduction, the duel with the Commendatore, the wedding of peasants and scenes in the cemetery.

Gazzaniga gets, as I said, giving his characters distinctive features. Don Giovanni, played by a tenor – as opposed to Mozart’s work, in which he is a baritone – has to sing a song of true love. The second tenor, Duke Octavio, is raised in a very different way, and both he and Donna Anna, are minor figures. The two great roles for soprano – Donna Elvira and Maturina, are very different, their duet, as well as Elvira’s with Pasquariello, testifies to an impressive dramatic capacity of the composer.

The increased tension in the graveyard scene – especially in the final scene, is very effective, especially given that the media used by Gazzaniga tended to be scarce, two oboes, two horns and a string section, which should be sufficient to produce a sound of surprising versatility.

This is undoubtedly the most interesting eighteenth century opera about “Don Giovanni”, after Mozart’s.

Article by Guillermo Heras before the premiere

It is curious that, although there are hundreds of essays on the so-called ‘literary myths’, even today we keep wondering why the effectiveness of some of them over others who, perhaps under the traditional rules of polite society, would be far more crucial. Among those characters that transcend time and space, expressed in pages of literature and scriptures, visual representations or research in new technologies, always the figure of Don Juan emerges. 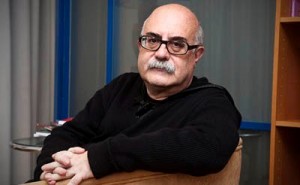 For some, a hero, for others a simple villain. As if both halves were not complementary in many personalities of real history through the ages.

It is not easy, therefore, to face a staging of an opera before the mythical, also ended on this topic, conducted by Mozart, which has become one of the peaks of the operatic repertoire, but which years earlier had had a score composed by an Italian musician named Giuseppe Gazzaniga (1743-1818).

Comparing the two scripts we realize how Da Ponte shamelessly copies the structure and the situations of the Gazzaniga’s librettist, Giovanni Bertati, something, moreover, very normal at that time. However, the genius of Mozart in the specific field of musical composition, has had the effect of obscuring certain lyrical qualities that, delving into the hearing, appear in the score of Veronese musician.

This staging of another Don Juan is crossed by two looks that do not intend to provide any sign of pedantry, but a further reflection on this timeless work. These two current looks are, first, a tribute to the painter Magritte and, moreover, a tribute to an important thinker of the last century, Jacques Lacan, who turned to the myth in several studies conducted throughout his life.

Of all his thoughts I choose the one he writes about in 1962 and where he says: “Don Juan is a woman’s dream.” This sentence opens so many choices, that I personally wonder if this character will not have been a kind of fable of certain dreams closer to reality than to desire.

Perhaps because of the habit of gambling almost always the safest, this primitive opera “Don Giovanni” was not very frequent in the repertoires of the great concert halls. It is therefore fair to thank the City of Seville and the Teatro Lope de Vega who dare to produce this show, which, in short, becomes the discovery of a forgotten title to many Spanish viewers.

I always say that my primary guide is first to serve the music and then the technical needs of the singers. Therefore, and again, I would like to do a simple and essential job of staging, stripped and poetic, the important thing is the expressiveness of the singers, led by musical director, in which the music is balanced with the creation of images that serve to enhance the beauty that must contain all operatic spectacle.

I understand that “modernity” of an operatic staging needs not necessarily to be associated with “breakthrough occurrences” of the stage director, but I refuse equally to all types of fossilization of the traditional repertoire.

Don Giovanni tries to seduce Donna Anna. Meanwhile, his secretary, Pasquariello, waits in the street. She expels the lover from his house, she expected to find Duca Ottavio that same night. At the last moment Il Commendatore, her father, arrives, and challenges Don Giovanni to a duel, who dies in the attempt. Donna Anna’s fiance, Duca Ottavio, swears revenge.

In their search for new women, Don Giovanni meets an old conquest, Donna Elvira. To get rid of her, he leaves her with his secretary. He brings the truth to light: she is just one more of an endless and international list. Meanwhile, Don Giovanni tries to seduce Donna Ximena.

There comes a group of peasants: Maturina and Biagio are about to marry. Don Giovanni, taking another opportunity to seduction, frightens off, humiliated, Biagio.

Finally, at the home of Don Giovanni, Donna Elvira arrives to ask earnestly, unsuccessfully, to change his behavior. As the night progresses, Pasquariello and Don Giovanni enjoy good food and good wine, highlighting the pleasures of life and beauty of women in Seville. But the statue finally arrives at the appointment and takes Don Giovanni, still unrepentant, to hell. Alerted by the strange servant of Don Giovanni,Lanterna, the Duca Ottavio and women appear. Lanterna and Pasquariello describe the fall of Don Giovanni and the opera ends with great joy.